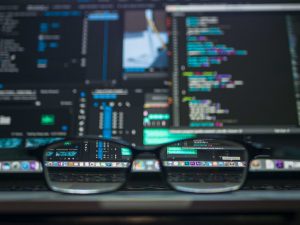 Nowadays, with the increasing threats lurking on the web, proxies have become an essential part for everyone looking to complete a task online. They provide an immeasurable layer of security which lets you focus on having the job done instead of being concerned about your security or leaving identity traces behind.

Depending on the task you are performing online, there are multiple types of proxies that will help you achieve them. Some of them will get you better results while using them on a certain assignment and others might not work out as well if used incorrectly.

There are multiple types of proxies and methods to use them these days, each of them with its own characteristics and features which make them unique for every type of job. Let’s go through the main ones:

These are genuine IP addresses supplied by an Internet Service Provider. They are supposed to be used by real homeowners, therefore acting as a legitimate IP address which avoids bans while scraping content online.

As their name confers, dedicated proxies are meant to be used by a single individual at once. Based on this feature, the risk of a potential ban due to abusive usage by multiple users gets significantly reduced.

Contrary to dedicated proxies, these could be used by multiple users simultaneously. Because of this usage level, shared proxies become more vulnerable to detection and potential blocks.

These are commonly faster proxies for a lower cost. Featuring high bandwidth connections, lower ping, and respectable anonymity these might be an ideal choice for most users. On the downside, Datacenter proxies share the same subnet which leaves a trace for potential blocks. In addition, as these proxies are generated in servers solely dedicated to handling them, they often have a lower location diversity than other types of proxies.

Also known as Backconnect Proxies. These proxies rotate their IP address after a predetermined amount of time, set by the seller and the package bought. Based on this feature you can rest assured that you will be working under a cape of anonymity most of the time as a new IP address will be assigned to you with each timestamp.

This feature is mostly used with residential proxies because of the immense volume of proxies available to choose from the pool. They are widely recommended for scraping.

Also known as Static Proxies. A specific amount of proxies given by the proxy seller to the consumer. Cannot be exchanged or shared with other users. Unlike the rotating proxies, Statics do not rotate by themselves but the process could be achieved with the use of the already available plugins or bots.

Because of the restricted amount of proxies provided and their non-rotation, these are more likely to get tracked and banned if not used correctly.

Whereas you are using Residential or Datacenter, Rotating or Static, proxies are a must! Covering your traces against malicious intentions and completing automated tasks without restrictions or delays, brings peace of mind and keeps productivity on top.

Check out our Proxy section.